A dedicated line is a service contract concluded between a supplier and a customer, so the supplier undertakes to deliver a line of telecommunications symmetrical long term that connects two or more places in exchange for rent (hence the lease ). Sometimes it is known as a “private circuit” or “data line” in the UK.

It is used to link two locations together.

Leased lines are most commonly rented by businesses to connect branch offices of the organization. Leased lines guarantee bandwidth for network traffic between locations. For example, T1 leased lines are common and offer the same data rate as symmetric DSL.

Fractional T1 lines, starting at 128 Kbps, reduce this cost somewhat. They can be found in some apartment buildings and hotels.

Using a Virtual Private Network is an alternative technology for using a leased line. VPNs allow an organization to create a virtual and secure connection between locations as well as between those locations and remote clients such as employees

What is a Leased Line Used For?

Businesses use leased lines to…

Unlike traditional lines of the switched telephone network, not have a phone number that each side of the line is permanently connected to the other. Leased lines can be used for telephony, for data services or .

1.) Bandwidth – Latency and jitter issues. A dedicated leased line latency is constant. This can be a critical issue for certain types of applications. Bandwidth uploading a certain POP is undoubtedly a point of variability, but generally much less than concentrators that can suffer in non-intuitive ways according to periods congestion.

3) Availability – at least in the United States, traditional leased lines can be anywhere. If your facility is in an industrial park or find something remotely, then, cable / DSL / FIOS can simply not be available at all. This is especially true in many commercial environments where SONET may already be present, but other services are not economically viable for SP.

4.) The mix of services – Many of SP will provide internet transit bandwidth and WAN private service in the same tube. While this can be accomplished in a shared environment, the best results are often held in the tubes. Also, as old – fashioned as it may seem there is still a lot of use of PRI rule rather than SIP trunks for a lot of phone systems. These can be mapped in a time interval along with other services.

5.) For the first point, all internet service is multiplexed. That is the point.  In practice, I would usually rather see a straight Ethernet connection running natively or assigned to more than one SONET circuit for sites with important requirements of bandwidth, but there are plenty of cases where traditional SONET framing it is really the only practical solution.

For consumers who are looking for internet access, a leased line is usually not a feasible option. You can check leased line costs and get an instant quote. There are fast broadband internet connections available that are much more affordable.

Access to these broadband services varies depending on location. In general, the farther from a populated area you live, the fewer broadband options are available.

How to use Google offline maps on android, iPhone (iOS) without internet

How to enable Parental restrictions on iPhone camera and Siri 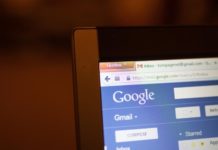 How to Check and make aadhar card status enquiry