You are here: Home / Apple / How to set up ‘Hey Siri’ on iPhone or iPad

When you first set up your new iPhone or iPad as new, you will be asked to activate “Hey Siri!” voice activation and it’s up to you whether you want to activate or deactivate “Hey Siri” voice activation. If you have activated it, then the setup process will guide you through the settings, you can always change these settings whenever you want and can easily deactivate Hey Siri voice feature.

How to turn on “Hey Siri”
How to train “Hey Siri” to your voice
How to use “Hey Siri!”
Any questions?

How to turn on “Hey Siri” 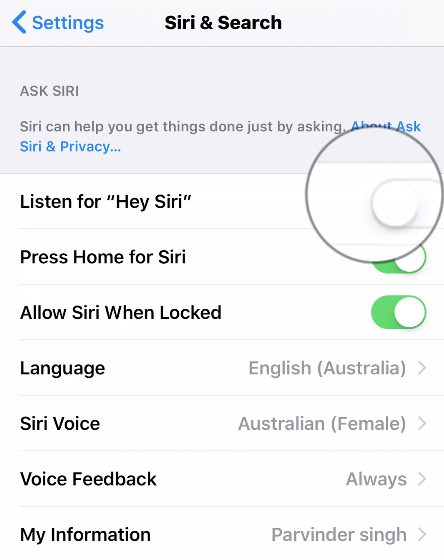 How to train “Hey Siri” to your voice

When you enable or activate “Hey Siri” on your iPhone X, iPad  or iPhone 8, you will have to train it to recognize your voice. Siri will automatically take you through setup process.

Now, “Hey Siri” is enabled and activated on your iPhone X and iPad.

But, If you are using any other iPhone Like iPhone 6, 6 Plus, iPhone 5 or iPad then “Hey Siri”  command will only work when your iOS device is connected to power. But you can always use your Home Button to enable Siri.

Here’s a list of awesome Siri commands you can test out right now.