A mission in space for several weeks or months is a major challenge, which is much higher when you’re a woman and you get to deal with the rule. A study published on Thursday , April 21 in the journal npj Microgravity explores the problems that women astronauts face and the solutions adopted.

“A space station is a tin can , ” explains the web Mashable Varsha Jain , “gynecologist space , ” study author and researcher at King’s College London. Little water, hygiene complicated … Along with Virginia E. Wotring , specializing in Pharmacy and Astronomy, Baylor College of Medicine, Jain says in this analysis that many women decide to suspend menstruation for the duration of their mission.

“It ‘s very important to understand that this is a very personal choice , ” says Varsha Jain . “There is no rule by NASA or the European Space Agency”.

Stop having the rule – Do female astronauts have periods in space

Most women prefer to suspend the period and for each blister pack of 21 normal and seven placebo pills, skip placebo. Thus, no longer they have the rule, which generally is not contraindicated by physicians .

However, this choice may pose a problem, because if she will make a three-year mission, must be a thousand pills, which represents many packages and added weight to the luggage. On the other hand, the pill may increase the risk of developing “a blood clot in the leg or lungs,” continues Varsha Jain, although it has never happened.

In addition, the authors say that “the stability of the drug has not been tested for hormone treatment of such a long duration in space or the impact of space radiation.”

If the astronauts decide to have the rule as would be natural, also they face certain logistical problems.

Difficulties washing – Do female astronauts have periods in space

The waste management system is not at all appropriate for menstrual bleeding, saysThe New York Times . At the International Space Station, there is only one that tolerates blood bath. The other recycles urine into drinking water .

On the other hand, maintain a good “personal hygiene during menstruation in space can also be complicated, for example by a shortage of water for washing or having to change hygiene products in microgravity,” say the authors.

The two space specialists expect, therefore, that more studies on the use of other contraceptives in space are developed, and that the astronauts better report before starting the mission.

Currently, astronauts women remain underrepresented compared to men , as in most technical and scientific fields. In the last 50 years, only 50 women have traveled into space, but it sure the figure will continue to increase. Do female astronauts have periods in space 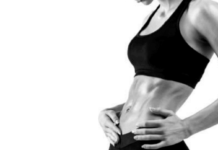 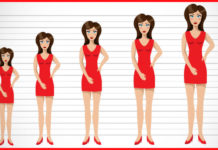 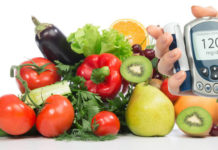